Congratulations to our swimmers for completing a clean sweep of wins in each round of the 2017/18 Arena League to win the London premier division on Saturday 11th December.

After a hard fought win by 1 point in the Round 1 gala on 14th October (with Ipswich in 2nd place), and a more comfortable 1st place in Round 2 on 11th November (with Ipswich winning the other gala in that round), the scene was set for the final round at Luton Inspire on 11th December.  With the final round counting as double points on the night, Hatfield, with maximum points from rounds 1 and 2, were in pole position. However, a number of other clubs, including Ipswich, were all also in realistic contention if they won the final round.

We saw some very high quality swimming on the night from all the clubs competing, but from early on in the gala it became clear that Hatfield and Ipswich were battling it out for 1st place with very few points separating them. The lead ebbed and flowed with Ipswich ahead for much of the gala, but Hatfield completed the 2nd series of relays very strongly to win the 3rd round by 306 points to Ipswich’s 303 points, with Ealing in 3rd place on 247 points.

As winners of the London premier division, Hatfield have qualified automatically for the National Arena League A final as one of the top 10 clubs in the country. This follows our appearance in the B final in 2016 and 2017, with an impressive run of appearances in the A final for several consecutive years prior to that.  The A final takes place at Cardiff International Pool on Sunday 22nd April 2018.  The high quality of competition in the London premier division this year was demonstrated by the fact that Ipswich also qualified for the A final, with Ealing and Camden Swiss Cottage also qualifying for the B final. Congratulations to all those clubs as well.

You can click on these links to see the detailed results from rounds 1 and 2.  We will add the link to the round 3 results once they are available.

Roll on April 2018!  Congratulations to all our swimmers who competed across the 3 rounds who all made a crucial contribution with literally every point making a difference. And many thanks to all our coaches, officials,  volunteers and parents for their support. 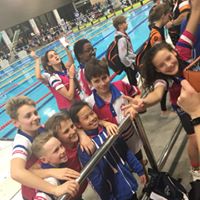 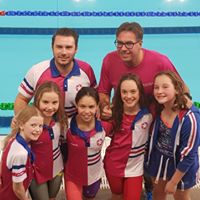 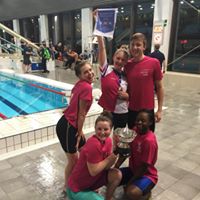